The Temple and the Synagogue

The Temple goes as far back as Solomon and is traced through the Old Testament as the place where God’s presence dwelt and sacrifices were offered.

The origins of the Synagogue are obscure, but most would agree that they started springing up around 300 BC as places within cities to maintain Jewish community, teachings, and traditions. The Law was read, prayer and worship were offered, and Jewish people connected relationally in synagogues.

While there was one temple, centered in Jerusalem, there were hundreds of synagogues scattered throughout the Roman Empire. We read that Jesus and the Apostle Paul ministered in both the temple area and these synagogues.

So why didn’t Jesus choose either of these to build His “church”? Why would he choose the Ekklesia over the holy, presence-centered Temple and/or the synagogues which were well-established in practice and present throughout the Roman world?

The third major institution was the Ekklesia. The Ekklesia dates back to about 400 BC when the empire was ruled by the Greeks. The Greek Ekklesia was established in every city as an assembly that governed and legislated. Ekklesiaes were made up of people who were duly convened to create and expand the Greek culture within the empire.

When Rome conquered the Greek Empire, they adopted the Ekklesia and expanded its power and influence. These Ekklesiae also became vehicles for cultural colonization of newly acquired territories.

“The Ekklesia was understood to mean both the institution and the system by which territories were governed by selected local leaders who had been infused with the culture and customs of Rome to rule on its behalf” — Ed Silvoso.

Why then did Jesus choose the Ekklesia?

Jesus could have established the temple as the place where His glory would be released and/or could have stated that He would build a worldwide network of synagogues for every tribe and tongue, but He didn’t.

The temple/synagogue functioned in buildings that members had to go to on specialized occasions, whereas the Ekklesia was mobile, operating 24/7 in the seven mountains of a city for the purpose of busting down the Gates of Hades and destroying the works of the devil, transforming people, cities, and nations.

Moreover, Jesus viewed the Ekklesia as an assembly of his people who had become members through conversion. He established that if even only two or three gathered in his name, the government of God was present!

By selecting the Ekklesia instead of the temple/synagogue, Jesus chose a structure better suited to succeed not just in religious Israel, but also in pagan societies. His ultimate goal was not to expand religious institutions, but to penetrate the Gates of Hades by inserting the leaven of His Kingdom into their culture through His Ekklesia.

Also, it’s worth noting that in the Gospels, Jesus did not speak much about how to build a church, or plant churches, because he had the Ekklesia in mind from the foundations of the world.

Jesus as the Ekklesia!

Just reread the gospels through an Ekklesia paradigm, and you will see that Jesus lived an Ekklesia lifestyle. His ministry flowed out from his identity as the Ekklesia.

Jesus is the eternal Son of God who lived as the Ekklesia, as His redemptive agency, legislating heaven to earth, and He is calling us to do the same. Jesus does not want us to “settle” for just “doing church” but to be HIS Ekklesia, His called-out ones, who legislate heaven to earth, bringing His Kingdom everywhere.

We are left with a choice, do we continue to “do church” as usual or do step into the fullness of becoming the Ekklesia? It’s our choice. 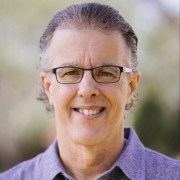 Ekklesia Series // Prayer – The Number One Functional Priority of the Ekklesia

Ekklesia Series // The Ekklesia and The Gates of Hades

Ekklesia Series // Ekklesia in the Home

The most foundational New Testament principle for the Ekklesia is found the Greek word, “oikos” which means ...
By Greg SimasJan 28, 20194
Ekklesia

There are some pretty wild misconceptions and practices when it comes to binding and loosing. When binding ...
By Greg SimasOct 26, 201812
Ekklesia

Ekklesia Ministry Trip to the Philippines

Here at Convergence, we have been experiencing the message of Ekklesia growing in our hearts and in ...
By Greg SimasMay 5, 20182
Ekklesia