Praise God for Senior Leaders who are leading revivals and massive moves of God with integrity, honesty and credibility. I am so encouraged after reading this post from Christianity Today reporting on the twenty year celebration of the Toronto (Fathers) Blessing.

I am so blessed by this post that I needed to link it here and share with you as well as my own experience in Toronto.

My Introduction to Toronto and the “Fathers Blessing”

Wendi and I were urged by Bill and Beni Johnson to take a trip up to Toronto Airport Christian Fellowship and experience this move of God that was being poured out there. They were in Toronto a year earlier.

Wendi and I were only planning on being there for five days and then spending five days doing some vacationing in and around New York. Well, we spent the entire ten days in Toronto experiencing a “divine vacation” in God. That’s all I can say. Amazing.

My own encounter started with a report from our friends. It was reported to me of thousands of people who were being prayed for each and every night, falling under the power of the Holy Spirit. People were being touched AND transformed by the Lord.

The way the church administrated this was to place what appeared to be miles of taped lines on the carpet for people to stand on with enough spaced in between for bodies to “rest in the presence of the Lord”.

I was told that “normal” church people prayed for attendees and after a short while the power of God would fall on them and down they would go. Now I was a good Assemblies of God pastor but this had me a little freaked out.

Yet, in my brief study of revival this was not uncommon. In fact, early pentecostalism started with much of this.

Still I have to admit, I was nervous about this and had my defenses WAY up. At first I tried to convince myself that God can touch me anywhere and anytime and that I did not need to have anyone pray for me. But I knew that this was just a smokescreen to cover my own fear and insecurity. Wendi, on the other hand, just about ran to the lines when the invitation was given. What was I to do, so I went!

I remember standing on the line, knees locked, telling myself that, “nobody is going to push me down, trip me or use any other means to manipulate me to the floor.”

So, up comes a woman, probably in her fifties, weighing in at almost 110 pounds. I felt safe. She lightly touched my forehead and began saying, “More Lord.” Nothing happened. Yet, she stayed with me, “More Lord.” Still nothing happened. People were falling down all around me. Wendi went down in less then a minute!

I didn’t mind being the only one standing.

About twenty minutes later, yes twenty minutes, this amazing lady was still praying for me. I must have heard “More Lord” about 500 times (I’m exaggerating). But all of sudden I started feeling the tangible presence of the Lord resting on me. In a few minutes time, my knees gave way to His presence and down I went.

For the next 20-30 minutes the Lord met me so powerfully and gloriously. My life made a beautiful and radical shift.

Let’s just say that each and every night for ten days I was doing “carpet time”. I remember the last few nights I was actually ahead of Wendi getting to those lines because God was meeting me there!

I just read a quote from Leonard Ravenhill that I think applies here:

Some say that this revival goes down as one of the greatest revivals in church history. Nations are still be touched as the waves of revival continue twenty years later. John and Carol Arnott, as well as so many others, have successfully stewarded what God is still pouring out. In my book, they are generals and hero’s.

May this outpouring never end but continue as it merges with other streams in the body of Christ for His glory and unto His return.

Questions: What were your thoughts about the Toronto Blessing? Have your thoughts changed through the years? Do you believe a greater move of God is coming soon?

Subscribe now and receive a FREE copy of Pastor Greg's new e-book: Ekklesia Emerging!
In addition, you will have the convenience of having new posts delivered right to your email inbox. Read. Forward to Friends.Unsubscribe at any time.
*Privacy Guarantee: I will never share your e-mail address with anyone. 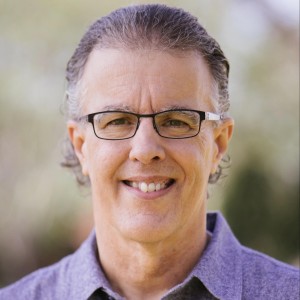 Subscribe now and receive a FREE copy of Pastor Greg's new e-book: Ekklesia Emerging!
In addition, you will have the convenience of having new posts delivered right to your email inbox. Read. Forward to Friends.Unsubscribe at any time.
*Privacy Guarantee: I will never share your e-mail address with anyone.

Free Download
Ekklesia Emerging
Subscribe now and receive a FREE copy of
Pastor Greg's new e-book: Ekklesia Emerging!
In addition, you will have the convenience of having new posts delivered right to your email inbox. Read. Forward to Friends. Unsubscribe at any time.
You can unsubscribe anytime.

Send this to a friend